The Philosophy Forums at OnlinePhilosophyClub.com aim to be an oasis of intelligent in-depth civil debate and discussion. Topics discussed extend far beyond philosophy and philosophers. What makes us a philosophy forum is more about our approach to the discussions and debates than what subject is being debated. Common topics include but are absolutely not limited to neuroscience, psychology, sociology, cosmology, religion, political theory, ethics, and so much more.

Use this philosophy forum to discuss and debate general philosophy topics that don't fit into one of the other categories.

This forum is NOT for factual, informational or scientific questions about philosophy (e.g. "What year was Socrates born?"); such homework-help-style questions can be asked and answered on PhiloPedia: The Philosophy Wiki. If your question is not already answered on the appropriate PhiloPedia page, then see How to Request Content on PhiloPedia to see how to ask your informational question using the wiki.
Post Reply
17 posts

...one more perspective of the above... 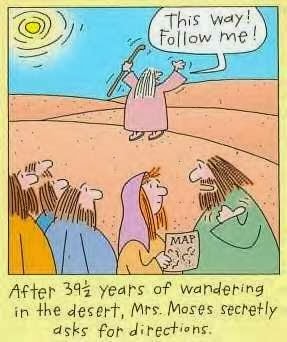 “Empty is the argument of the philosopher which does not relieve any human suffering.” - Epicurus
Top

First, by opening with a negative assessment, you compromise your objectivity and credibility.
Proposing to describe a method of gathering knowledge, you give it a negative, sinister title. Where do you get "syndrome" - before the method has even been described?

We have not the power to take the universe apart. But it's too big to study whole; we can only look at one little part at any one time. The hope is to look at enough little bits to construct (the very opposite of dismantle) a big picture.

we gain a better understanding of the things around us and how to influence them.

Every creature that wants to stay alive must strive for such knowledge. Every conscious creature does it through observation, experimentation and deduction. The only reason a yogi or contemplative hermit or flower-child can "just be" is that less spiritually exalted others delve and spin and share the fruit of their labour.

Yet, the moment we manage to take something apart and understand it, we for some reason think that's it.

What are supposed to think? The options are limited: put it back together again, e.g. an engine; eat, burn or bury it, e.g. a cadaver; use the parts we need leave what we can't use, e.g. a silver mine.

We name things according to our understanding and think we own it somehow.

We own what we can control. What we can control, and how, changes all the time. I doubt, though, that most people think they own most of the things they have a name for. But they couldn't function in a social system without using the same names for things.

Though, when we look at simple things, or at least I, I still have to admit "I don't know what that is."

I don't understand how that admission is more helpful, productive or fulfilling than acceptance of imperfect understanding.

Despite all our knowledge about a matter can we truly say what something is just by dismantling it?

We can say what something is without dismantling it, just by defining, describing and naming it. Dissection or analysis adds to our knowledge of what it's made of and how it works and how to nullify, control or alter it. Of course, "it" may disagree with our definition and identify itself quite differently, but we won't know that unless we learn to communicate with it.

Hence the term "Dismantle Syndrome. Do we suffer from this,

You set out with the presumption that this is an illness or dysfunction of some kind. That would have to be based on an understanding of what's healthy or normal. But if "we" have always acted this way, what and where is the healthy norm?

excluding all other possible alternatives,

due to our subjective perception?

What other kind of perception do we have access to?

Can we truly say we know something?

Of course we can. We all know varying amounts about various numbers of various things.
But we could just as easily say witch Schultz : "I know nothing, nah-thi-nk!"
Would that be better? Healthier? More honest? More humble? Okay. Then what?
Top
Post Reply
17 posts